Beetlejuice to Celebrate World Goth Day on May 22! 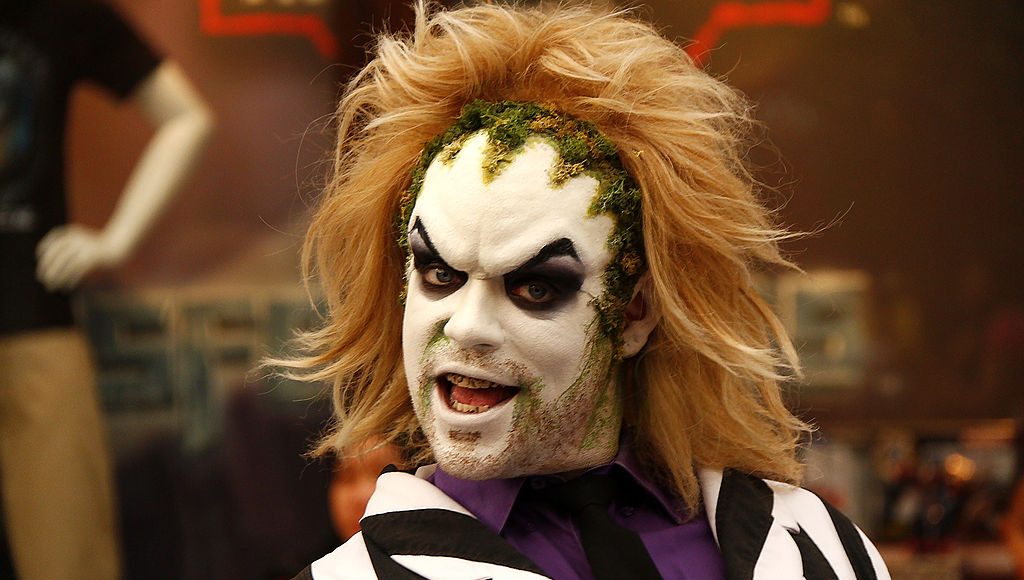 Beetlejuice will celebrate World Goth Day on May 22 on Broadway! The blockbuster will partner with New Goth City (in association with InJoy Entertainment). It will bring this quirky celebration to the Marquis Theater stage!

On May 22, the 3 PM matinee will feature a bevy of pre-show pageantry and a post-show procession throughout the theatre district. Plus, a celebratory gathering. Also, the theater will provide some great photo opportunities for those that are willing to dress the part and arrive early.

For the avid Goths, New Goth City features a plethora of events. Goths from all over New York will have the opportunity to meet up at 2 pm in the Marriot Marquis hotel breezeway right outside the theater entrance. There they can meet their friends and gaze at all of the spectacular Beetlejuice fan art displayed on the long far wall!

Participants will have to carry their tickets and proof of vaccination.

Beetlejuice – then and now

However, Beetlejuice made a rather unexpected return, when the production reopened on April 8, 2022, along with Alex Brightman ahead of the show.

The Marquis is located at 210 West 46th Street, inside the Marriott Marquis Hotel. It has a seating capacity of 1611 and is active since 1986.

Theatre representatives can meet patrons in the lobby and escort them to their seats. Although it is advisable to bring a companion where possible. All restrooms in the Marquis Theatre are accessible for patrons with limited ability. Yet, those on the Mezzanine are not accessible for wheelchair users due to stairs. Restrooms are located just outside the lobby. Also, on the Orchestra level, on the Mezzanine level, and in the third-floor common area.

Tickets for Beetlejuice on Broadway

Seat Geek has one of the cheapest offers on the market, with tickets starting at $132, including fees. However, they do not allow you to pick your seats. Still, a great deal.

However, for $139 clean, Broadway Pass gives you the opportunity to pick your seats.

Broadway.com has tickets starting at $149. However, they are sold out months ahead as usual.

BROADWAY
Content Beetlejuice to celebrate World Goth Day!Cast and creativeBeetlejuice – then and nowMarquis TheatreTickets for Beetlejuice ...

The Lumineers on World Tour: New and Rescheduled Dates

CONCERTS, LATEST NEWS
Content Beetlejuice to celebrate World Goth Day!Cast and creativeBeetlejuice – then and nowMarquis TheatreTickets for Beetlejuice ...
More info currated for you!