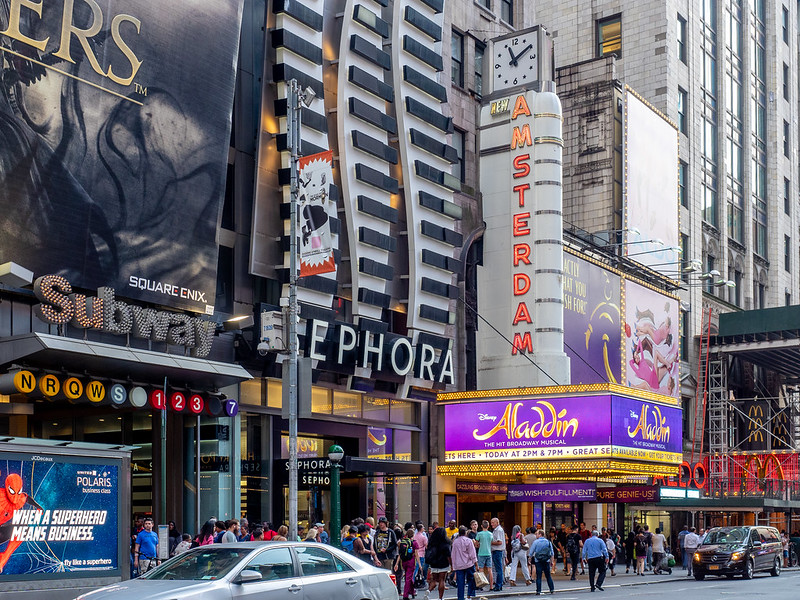 Aladdin – the top-grossing Disney play, which has been closed due to the coronavirus pandemic since March 2020 is reopening on September 28 at the New Amsterdam Theater on Broadway.

Cast for the reopening of Aladdin

The actors welcome Michael Maliakel as the leading role, and Choba Narayan as Jasmine. Maliakel is making his Broadway debut, and recently he toured at the 25th-anniversary performance of The Phantom of the Opera. Narayan’s previous Broadway works include Natasha, Pierre & the Great Comet of 1812, and Wicked. Michael Maliakel and Choba Narayan rehearse for Aladdin Curtis Brown Aladdin also welcome Zach Benkar as Babkak and Frank Viveros as a substitute for Genie/Sultan/Babkak, who joined the Broadway cast after playing roles on the North American tour.

Returning to the production are the main roles of the four original company members. Michael James Scott as the Genie, Tony nominee Jonathan Freeman as Jafar. Dondali Rivera comes back as Iago and Denis Stowe as Jafar/Sudan alternate. Also returning are Milo Arosi as Qasim and Brad Winstock as Omar. JC Montgomery returns as Sultan and Juwan Crowley as Elf/Sudan substitute.

The stage production expanded the 90-minute play into two acts, composed by Alan Menken, lyrics by the late Howard Ashman and Tim Rice, and Chad Beguelin has a book and other lyrics. Director and choreographer by Nicholaw. “Aladdin” opened in New Amsterdam on March 20, 2014, followed by previews on February 26. The musical received five nominations for the 2014 Tony Awards, including best musical. James Monroe Iglehart won the Tony Award for his performance as The Genie. Aladdin was designed by Tony Award-winning landscape designer Bob Crowley and Tony Award-winning lighting designer Natasha Katz.

The 74th Tony Award Winners: What Went Down?