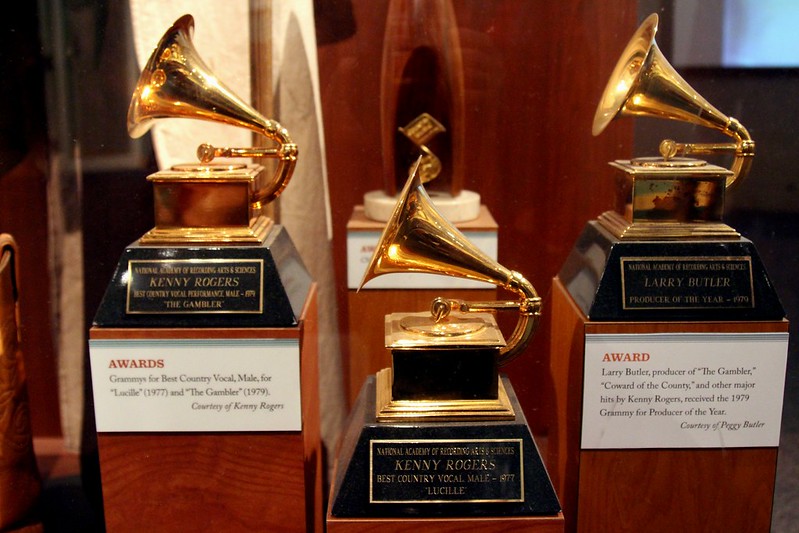 Six nominations for the 64th Grammy Awards for Best Musical Theater Album have been announced. Some top-grossing Broadway and West End names are included!

Further nominations go to In The Heights, Dear Evan Hansen, and the Schmigadoon! (in the Best Compilation Soundtrack for Visual Media category) and David Byrne’s American Utopia for Best Music Film.

The Best Song Written for Visual Media category is crowded with theatre names this year. This includes Kristen Anderson-Lopez and Robert Lopez for “Agatha All Along” from Wandavision. Also, Carole King and Jennifer Hudson for “Here I Am (Singing My Way Home)” from Respect, Leslie Odom Jr., and Sam Ashworth for “Speak Now” from One Night in Miami. And Benj Pasek and Justin Paul for “All I Know So Far” from P!nk: All I Know So Far (they share the nomination with the pop star).

Nominations in other categories include Tony Bennett and Lady Gaga’s “I Get a Kick Out of You” comes from Cole Porter’s frequently rerun musical “Anything Goes”. It was nominated for Record of the Year, Best Pop Duo/Group Performance, and Best Music Video. This song comes from Love for Sale. And it was nominated as the best album of the year and best traditional pop vocal album. Earlier this year, the two held a live concert at the Radio City Music Hall to celebrate their new collaboration.

In addition, Moulin Rouge won the Tony Award! Music coordinator Charlie Rosen was nominated (together with Jake Silverman) for best arrangement, instrumental, or a cappella for Kirby Superstar’s “Meta Knight’s Revenge”. The 64th annual awards ceremony will be held on January 31, 2022, and will be broadcast on CBS.