Funny Girl on Broadway: The Revival Off to a Great Start! 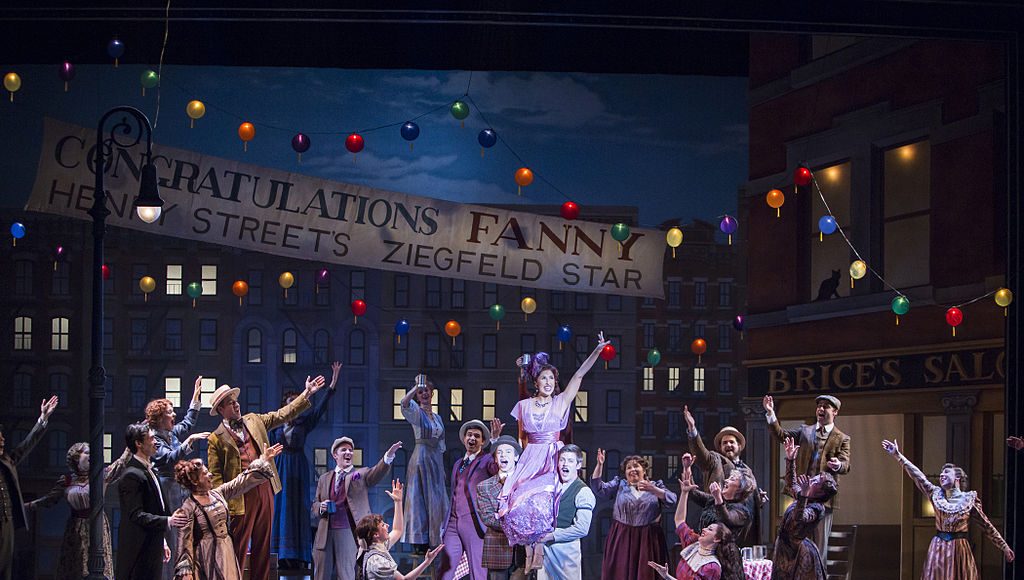 Funny Girl officially arrived on Broadway on April 24. Harvey Fierstein’s show will be at the August Wilson Theatre until May 29! The official run will be on stage for a month, so go get your tickets!

This is the first revival of Harvey Fierstein’s Funny girl on Broadway. The original’s original run began in 1964 and starred Barbra Streisand as Fanny.

Funny Girl tells the story of Fanny Brice. She can be considered a local on Broadway due to her being from the Lower East Side, and as such, she always dreamt of the big stage. Despite all odds, she followed her dream of becoming one of the biggest stars of her time.

August Wilson is located at 245 West 52nd Street. It has a seating capacity of 1,222, and was previously home to Slave Play, Pass Over, and most famously – Mean Girls.

A unisex wheelchair-accessible restroom is located on the Orchestra level, close to the stair lift’s upper landing. Other restrooms are one floor below the Orchestra in the Lower Lobby.

Funny Girl will have a rather short spell on Broadway. The show is planned to end on May 29 and most major resellers provide tickets for it.

Broadway.com has tickets for the last week or so of the show with a scarce availability for dates before. The cheapest tickets start at $109 for a ticket, including a service fee of around $20.

Seat Geek has a better availability, but tickets start at around $121, not to mention the service fees, included at check-out. Yet, this makes them a valuable last-minute offer.

Broadway Pass has a good amount of tickets in stock. Their tickets start at $119, with availability all the way to May 29th.

CONCERTS, LATEST NEWS
Content Funny Girl on BroadwayCastCreativeThe August Wilson TheaterTickets Earth, Wind & Fire are back on tour in ’21 an...

CONCERTS
Content Funny Girl on BroadwayCastCreativeThe August Wilson TheaterTickets Kesha became the pop-princess of a generation with her ...