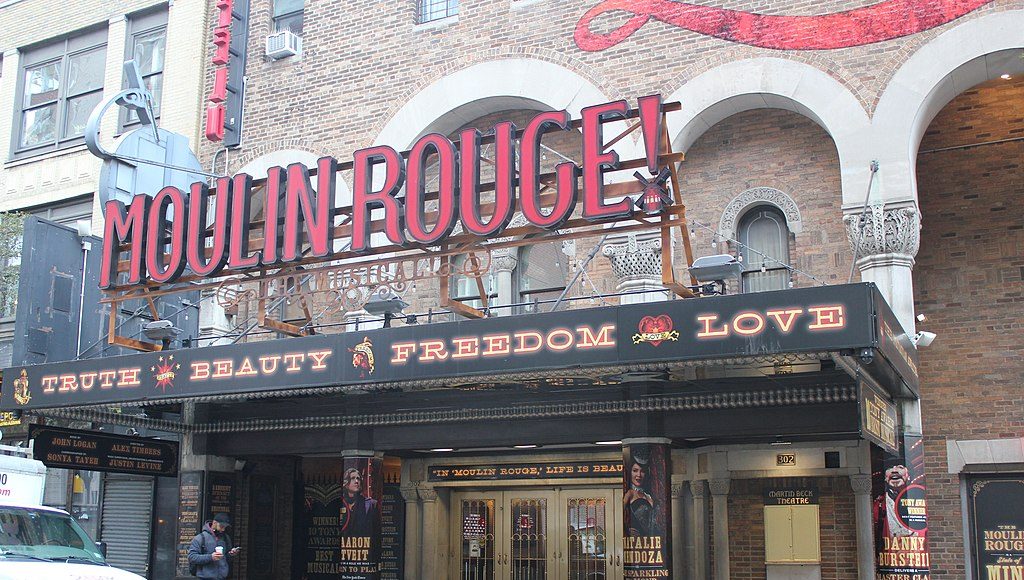 Moulin Rouge has launched a North American tour recently. The show goes from strength to strength all across the US. Cities like Chicago, Los Angeles, San Francisco, and Las Vegas anticipate it highly!

The show is currently on the stage of the James M. Nederlander Theater in Chicago, where it performs every night in front of a full crowd.

The next stop on the list is the Orpheum Theatre in Minneapolis, Denver, and LA. The North American Tour of Moulin will be at the Kimmel Center for the Performing Arts in Philadelphia in July 2023!

The cast is led by previously announced Courtney Reed as Satine and Conor Ryan as Christian, as well as Austin Durant as Harold Zidler, André Ward as Toulouse-Lautrec, David Harris as The Duke of Monroth, Gabe Martínez as Santiago, and Libby Lloyd as Nini.

The North American tour of Moulin Rouge is going strong, but the show’s real strength lies on Broadway. Moulin Rouge is one of the most popular shows in New York, and with a good reason. The show grabbed 10 Tony Awards at the last ceremony, including Best Musical and Best Leading Actor for Aaron Tveit.

The Al Hirschfeld Theatre is located at 302 West 45th Street. It has a seating capacity of 1,424.

A wheelchair-accessible unisex restroom is available, step-free, on the Orchestra level of the building. Other restrooms one floor below (18 steps) and 20 steps up in the Mezzanine do not enable wheelchair access.

Moulin Rouge is a smash hit, so tickets for the Broadway show may be a little hard to find.

Broadway.com has tickets starting at $79 for the rear part of the Mezzanine. The seats in the front part and the Orchestra are sold out weeks ahead (this is a common issue, shared by everyone on the Secondary market).

Ticket Sales issues the warning that the event/date is popular. Still, they sell tickets starting at $114.

The cheapest ticket at Seat Geek costs around $76.61 plus some additional fees. Again, they have limited availability.

Broadway Pass has tickets starting at $79, but without the service fees, asked by most of the others. Again, you need to act quickly in order to buy at a normal price.

Funny Girl on Broadway: The Revival Off to a Great Start!