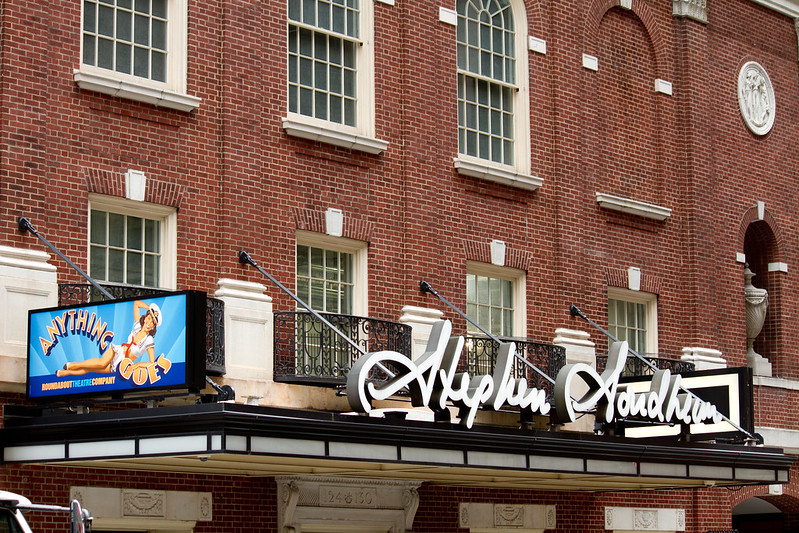 Distribution details and release dates will be affirmed soon. The cast album will be recorded this week in New York.

Everything is set for Mrs. Doubtfire and its long-awaited debut on Broadway. COVID canceled the show several times. The first one was in March 2020, due to the COVID-19 breakout. The show returned on December 5.

The second one, again due to COVID-19, was on January 9, after several cases amongst cast and creative. Creative and management decided to take a longer break and announced the date April 14 as the date for Mrs. Doubtfire’s return.

The Sondheim has a seating capacity of 1,055 with high interest in the show.

All wheelchair and transfer spaces are in rows H, S, T, and U of the Orchestra, which is mainly step-free. Patrons with limited mobility can access the Mezzanine and other levels of the Stephen Sondheim Theatre using the venue’s elevators.

There’s a high demand for tickets for Mrs. Doubtfire on Broadway. All vendors provide seats for the show and such competition can definitely be a huge advantage for those, who are looking for tickets.

Broadway Pass has tickets starting at $99, with an inventory stretching well into May, so there’s an abundance of tickets.

Broadway.com has plenty of cheap tickets, however, in the case of Mrs. Doubtfire, their tickets are sold-out until mid-June. Their tickets start at $69 which has a service fee of about $24.15. The service fee is progressive – the more expensive the ticket, the higher the fee.

The ticket prices on Seat Geek start at $91. Add to that their service fee and the price will go well over the $100 mark. Still, they have a lot of tickets and can be used as a viable last-minute option.

Mrs. Doubtfire goes on stage every day of the week, besides Monday. There are two shows on Wednesday and Saturday, evening shows on Tuesday, Thursday, and Friday, and a matinee only on Sundays.

How to Buy Tickets for Guns N’ Roses at the MetLife!

In-Ear Computer Filters Noise to Make You a Better Listener

Lana Gordon Takes the Role of Persephone in Hadestown!