Hacker Tickets LLC – All About Upcoming Events, Things to do, Broadway Shows, Concerts and more.
Home CONCERTS How to Buy Tickets for Guns N’ Roses at the MetLife! 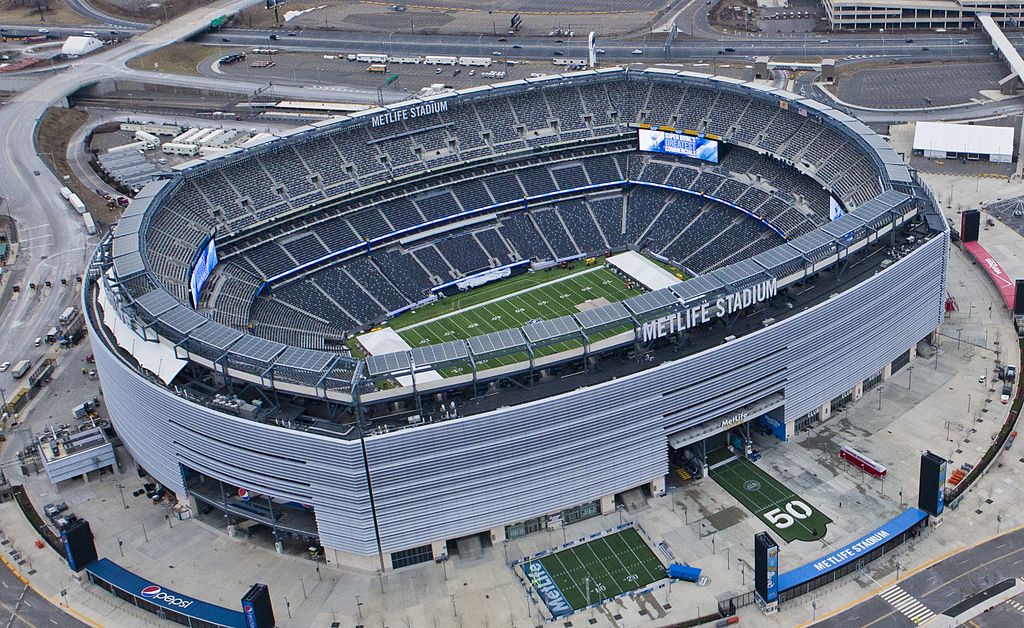 I was in a serious dilemma on how should I start this ticket guide on the Guns N’ Roses tour – by “take me down to the MetLife Stadium, where Slash and Axl shred and the girls are pretty!” or with “Welcome to the MetLife, we got Fun and Guns!” I don’t know…

All jokes aside, Guns N’ Roses are preparing to get back on the road for their canceled 2020 world tour. Guns actually managed to perform on a couple of the planned shows from the tour. The Super Bowl LIV and on the Vive Latino festival in Mexico City. The tour was called off after that, with 49 shows remaining. They are divided into three legs, taking place in North America, Australia and New Zealand, and Europe.

Gun N’ Roses never shared away from controversy and scandals. Frankly, that’s one of the things that make them such a commercial success. They have the edge that many bands of a similar caliber lack. However, many may argue that this prevented them from being even bigger stars.

Not everything was roses since the beginning (pun intended). Slash, one of the faces of the band and rock music, left in 1996. He stated that “Axl and I have not been capable of seeing eye to eye on Guns N’ Roses for some time. We tried to collaborate, but at this point, I’m no longer in the band.” He ventured into several projects, like Slash’s Snakepit and Velvet Revolver, as well as Slash featuring Myles Kennedy and The Conspirators. To a huge surprise of the global music community, Slash announced his return to Guns N’ Roses in 2016. The man with the iconic top hat has been with the band since then. Together, they have headlined Coachella 2016, performed at the Troubadour in LA, and traveled for Not in This Lifetime… Tour. I guess anything can happen in this lifetime.

Another notable return is that of Duff McKagan. The original bassist and founding member of Guns N’ Roses left the band in 1997. It was due to the band’s prolonged inactivity. He moved through several projects like the Neurotic Outsiders, 10 Minutes Warning, Slash’s Velvet Revolver, Kings of Chaos, and several more. McKagan returned to Guns N’ Roses in 2016 for the aforementioned tour, along with Slash.

With 49 stadiums around the world waiting to be filled, there’s a lot to do by this star-studded Guns N’ Roses lineup. But they can deal with it.

The opening show of the concert will take place on Jul 31, 2021, at Hersheypark Stadium in Hershey, PA. The US leg of the tour will be closed on Oct 12, 2021 at the Estadio de Beisbol in Monterrey, MX. The next leg kicks off at Metricon Stadium in Gold Coast, AU on Nov 6. It will end on Nov 24 in Perth. Guns N’ Roses’ first show in Europe is scheduled for Jun 4 in Lisbon. It will last until Jul 15 and will be concluded with a concert in Hannover, DE. This would be the final of the tour.

The 2020 Guns N’ Roses tour will take place mostly in a large-scale stadium all over the world. But one of the highlights, especially in the first leg, is the Guns N’ Roses concert at the MetLife Stadium.

The first event from the tour and the last one in the US up until this date was the grand Super bowl LIV–related concert. Guns performed at the FTX Arena in front of 11.000 ecstatic fans alongside a global megastar like Snoop Dogg.

This show was followed by the one in Foro Sol, Mexico City. All concerts afterward were, sadly, canceled.

Ticketmaster distributes the tickets for the US part of the tour. Tickets are still plentiful and dirt-cheap. The concert of Guns N’ Roses at the MetLife Stadium is less than three weeks away. So, be sure to secure your seats!

VIP Nation provides exclusive VIP packages for several concerts of Guns N’ Roses, including the one at the MetLife Stadium. They have cool names like

The concert at the American Airlines Arena was blessed by the critics! Both fans and pundits loved the show! Here’s what they say!

It’s good to have Guns N’ Roses back on the road, and it’s great that they will make a stop at the MetLife Stadium. I’m quite sure that the venue will be packed to the limit, and fans would be roaring to see Slash, Axl, and the rest of the band on stage once more!

We covered Guns N’ Roses before!