Green Day proudly presents – THE HELLA MEGA TOUR and would make a stop at the Citi Field!!! My favorite pop-punk – rock band takes on the road for a lengthy US tour that would later move across to Europe, and even Australia and New Zealand. Besides the cool name (that I keep reading in Billy Joe Armstrong’s voice), the tour features Fall Out Boy and Weezer!

All three bands made the announcement on the tour simultaneously. They have also released new content along with that. Green Day released “Father of All” and the album “Father of All… (Motherfuckers)”. This was in back in 2019 and, before the pandemic and seems so distant today.

Fall Out Boy and Weezer did the same with Dear Future Self (Hands Up) and The End of the Game.

The Hella Mega Tour – Green Day at the Citi FIeld!

The tour consists of the stunning 50 shows, divided into five legs, with runs on four continents. All three bands will perform together at 34 shows. Twenty shows prepared for the North American leg and will end a the T-Mobile Arena in Seattle! The highlight is the concert of Green Day at the Citi Field in New York!

Ticketmaster serves as a Primary market for the whole tour. And if you hurry up you’d be able to secure high-quality tickets at a superb cost. Ticket prices start at $113.29 including fees and the bulk costs around $120 to $150. In any case, you can go under $200 for a pass.

If you want to get a bit closer, then be prepared to pay between $250 for seats in Section A7. They are labeled “Limited View Seats” but provide an excellent vista towards the stage. And are close enough to feel the vibe of the show! If you want to get even closer, then go for a spot (I can’t call it a seat) in the pit. These front stage tickets cost $493.65, but you are an arm away from Billy Joe and the rest. There are a handful of more expensive tickets, like Sec B6, Row 1, that cost $1,431.00.

The rich inventory of Stub Hub has tickets starting at $134 including fees. Tickets in the Pit start at $606 and reach $1.620 for seats in Field A4. Stub Hub is amazing when it comes to mid-price tickets.

Green Day have released their 13th studio album, carrying the ambiguous name “Father of All Mother*uckers”. The three Californians were always controversial when it comes to naming their songs. Especially, the more political and social ones. The eponymous track “Father of All…”, “Holiday”, “Boulevard of Broken Dreams”, “American Idiot”, and quite a few more.

Father of All… became a chart-topper as soon as it was released, debuting at #1 the UK Albums Chart and Australian ARIA Albums Chart. The album received mixed reviews, with positive acclaims for its brisk pace and energy, but criticism for its lyrics and runtime.

Billie Joe Armstrong described “Father of All…” as The New! soul, Motown, glam and manic anthemic. Punks, freaks and punishers!” It’s kinda mystery of what Billie wanted to say, but it sounds cool. The cover features a rougher version of the one of American Idiot with a tattoo.

Three singles were released before the album – the aforementioned Father of All…, “Fire, Ready, Aim”, Oh Yeah!, and Meet Me on the Roof”. All four gained immense popularity on different digital platforms and mainstream events.

As usual, Green Day caused some controversy. The “Father of All…” album received some mixed acclaims. Both Kerrang! And Rolling Stone gave the album four out of five stars, stating that this is the band’s most fun album and that Green Day are used to doing what they want. And not what they are expected to do. Which is cool.

Negative critics call it a “hot mess by a band not worth listening to”, “disaster”, stating that the album has no musical value. Still, fans all over the world enjoy it!

Green Day has been the target of huge criticism when it comes to the length of their songs. The title track, and the bulk of their track being not far longer. Actually, the longest track on the album is Graffittia, which’s barely 3:20 minutes long. I personally am a fan of their longer tracks. They can be considered regular for other bands, like Holiday, Boulevard of Broken Dreams, and even longer tracks.

Green Day have made several high-profile visits to New York, including playing in sold-out venues. During the Revolution Radio Tour, the boys spent four evenings in the Big Apple, including a show in a sold-out Barclays Center and a grand concert in Central Park that concluded the 8th leg of their last tour.

Somewhat of curiosity occurred on Broadway a decade ago. American Idiot, The Musical, a theatrical show based on Green Day’s songs premiered on September 4, 2009. The show was first held at the Berkeley Repertory Theatre in Berkeley, California, and moved on Broadway at the St. James Theater. Along with the eponymous song, it included smash hits like Holiday, Boulevard of Broken Dreams, Jesus of Suburbia, 21 Guns, Wake me Up When September Ends, and closed with Good Riddance.

The Hella Mega Tour is upon us! I can’t wait to jam with one of my favorite 90-s bands – Green Day at the Citi Field, along with some fine additions like Fall Out Boy and Weezer. I’m sure it would be a night to remember Green Day style! 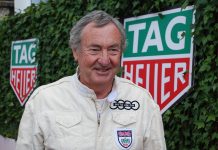